The technologies from sci-fi movies are already around the corner. International corporations and top-notch ML laboratories work every day to make helpful robots a reality. In this post, we are going to talk about some of the most recent news from the world of robotics. Get ready to be surprised! […] 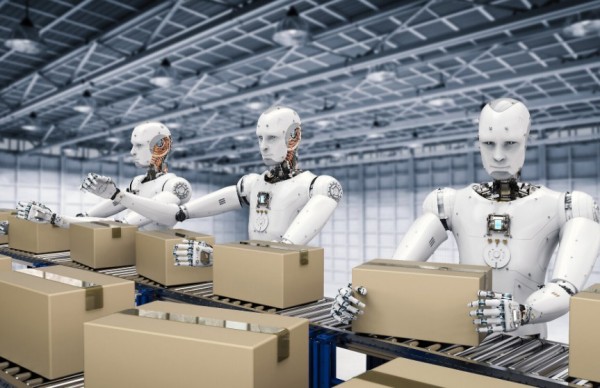 The technologies from sci-fi movies are already around the corner. International corporations and top-notch ML laboratories work every day to make helpful robots a reality. In this post, we are going to talk about some of the most recent news from the world of robotics. Get ready to be surprised!

Japanese agency started to hire robots instead of humans

MusashiAI is a Japanese startup that provides robots as employees to other companies on a rental basis. If the company needs a new mechanical employee, they can address MusashiAI.

Their idea is that hiring robots is much cheaper than employing humans. Therefore, they serve as the robot recruiting agency – the first in the world.

The cost of renting the solution varies based on the specific needs of the business and averages between $ 1,500 and $ 3,000 per month. While for some countries this payment might seem quite elevated, the Japanese is an expensive country with high salaries. Saving up money on vacation leave, pension, insurance, and other costs for supporting human employees, companies can benefit a lot. MusashiAI currently focuses on factory automation and offers two AI-powered solutions: a forklift truck and visual inspection inspectors.

The flight to the offshore platform lasted for about an hour and took place at an altitude of about 1500 m. This flight was the first in the world of its kind when a real cargo operation was carried out at a great distance to the operating offshore installation. For delivery, a Schiebel Camcopter S-100 model was used.

This type of drone has undergone extensive testing and has flown approximately 70,000 hours during other operations as part of the missions of the defense and coast guard. The drone is over four meters long and weighs over 100 kg. Its cruising speed is over 150 km/h, carrying capacity is up to 50 kg.

Pittsburgh-based robotics startup Petoi has developed a device called the Bittle, a miniature robot dog. However, this is not a ready-made toy for children, but a construction set that still needs to be assembled.

In the assembly kit, buyers are offered a set of plastic parts, several servos for the joints of the legs and head, a lithium-ion battery, which should be enough for about an hour of device operation, and an electronics kit including an Arduino NyBoard V1 board, a gyro stabilizer for balancing, Bluetooth and Wi-Fi dongles as well as an infrared remote control.

After assembling their robot, the user then needs to write commands for it using Petoi’s OpenCat software. Optionally, you can also purchase a camera or a gesture sensor that simply clamps into the jaws of the robot.

The Bittle measures 20x11x11cm and weighs less than 280g and can carry up to 450g of payload under the belly. The maximum walking speed of the device exceeds two body lengths per second. In addition, it can memorize dozens of movement patterns, and perform various actions using a remote control in real-time.

The complete Bittle kit is currently available on Kickstarter for $ 195. Deliveries are promised to start in December this year.

Which of the robotic advances has surprised you the most? If you wish to dive deeper into machine learning technologies that lay behind Hitech robots, read the blog of Serokell developers.

Thu Sep 24 , 2020
During the first half of this oil marketing year (November 2019 to April 2020), palm oil imports were 29% down over the same period the previous year. The impact of Covid-19 on cooking oils has been uneven. The demand for palm oil—used mainly in hotels, restaurants and cafes, and for […]