Many restaurants are still in a daily fight for survival, teetering precariously between financial distress and recovery. Insurmountable operating costs and the dreaded spread of COVID-19 amongst staff have either permanently or temporarily shuttered countless restaurants throughout North Texas. In attempts to outlast the virus and its economic destruction, some […]

Many restaurants are still in a daily fight for survival, teetering precariously between financial distress and recovery. Insurmountable operating costs and the dreaded spread of COVID-19 amongst staff have either permanently or temporarily shuttered countless restaurants throughout North Texas.

In attempts to outlast the virus and its economic destruction, some restaurant operators are trying to stay ahead of it by paying substantial sums for new technology and enhanced safety measures.

Al Biernat, owner of Al Biernat’s, installed air purification systems in his two Dallas steakhouses. The restauranteur says the ActivePure filtration systems, which are designed to remove airborne contaminates, come at a whopping $50,000 a pop, but the price tag is worth the peace of mind they bring.

All employees, delivery workers and food purveyors at both Al Biernat’s locations also have their temperatures checked before entering. In June, Biernat had to temporarily shut the North Dallas location of his restaurant down after an employee tested positive, and he’s trying to avoid ever having to do that again.

“You have to just start all over again, and that all adds up,” he says. “There are times when, I have to admit, it keeps me up at night.”

Biernat is also restructuring his business model for the long haul by going all in on takeout, which continues to be a major part of his sales. He and his team are creating a ghost kitchen concept called My One Kitchen that will offer the same Al Biernat’s cooking but in a way that is better suited for family-style takeout dinners and at a lower price point.

Success in this economy is just breaking even, and takeout is essential to staying in the black, he says.

“If I have to break even for six months to a year that’s OK,” Biernat says. “You’ve got to be thankful for what you have.”

Jon Alexis’ approach to staying ahead of the virus is having all employees at his restaurants tested every two weeks.

The owner of TJ’s Seafood Market & Grill and Malibu Poke is also part owner of SafeWork, an on-site COVID-19 testing company, and uses the company to test his own staff.

A handful of North Texas restaurants are regularly testing their employees, Alexis says, but he admits that it’s not financially feasible for most restaurants.

“I think that’s the safest way to operate a restaurant right now, but that’s really expensive, especially at a time when it’s barely profitable to run a restaurant,” he adds. “I’m lucky that I own a testing company and that our plan is to test until we’re not in a global crisis.”

He declined to say how much testing costs through SafeWork.

Although most restaurants are financially hurting, restaurant operators need to thoroughly evaluate the costs of implementing additional safety measures and strategies to avoid outbreaks, Alexis says.

“The answer is whatever that cost is, you have to compare it to the cost of having to shut down and dealing with the PR issues that some people had due to having potential outbreaks,” he says. “Everybody hates to say this, but it’s almost a new cost of doing business. What are your other options? To whiteknuckle it every day and hope that you don’t end up with double-digit positives [staff COVID cases]? Yeah it’s expensive, but so are the other options, too.” 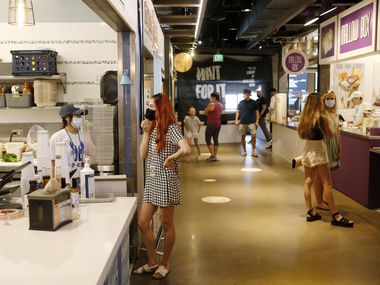 At Tei-An in downtown Dallas, management shelled out more than $23,000 for new technology to bolster safety measures.

An identical temperature camera and temperature scanner are located at the back entrance of the restaurant for employees to have their temperatures taken before every shift.

“All restaurants have control over what and who is coming into their restaurants,” says Best Ranglek, general manager of the Japanese restaurant. 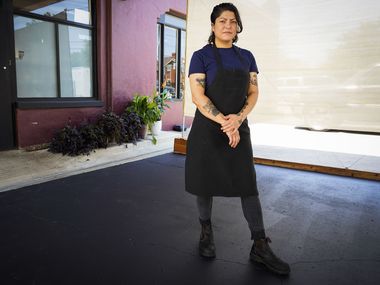 No safety measure is completely virus proof, and there is always the chance that the virus could still find its way inside the restaurant, but spending the money to minimize the risk was worth it, Ranglek says.

The temperature cameras cost $7,900 each, and the temperature scanners are $2,300 each. Two touchless sinks installed for employee hand washing cost $1,600 each. All door handles were also replaced with copper hardware that is said to have antibacterial properties.

Technology is an important part in keeping Tei-An open, but Ranglek says the restaurant’s key defense against the virus’ spread, and also the least cost inhibitive, is having all staff members on the same page about how they conduct themselves outside of work.

When the restaurant’s dining room reopened, all 22 employees decided to minimize their chances of contracting and spreading COVID-19 by limiting their social interactions outside of work. This means no parties, no bars, and practicing social distancing with people outside of their homes.

There is a shared understanding that each team member is responsible for helping keep the restaurant open and their coworkers paid. It’s critical to surviving the pandemic, Ranglek says.

“You have to be really aware of what you’re doing outside of work. You’re working with people who really need this income right now and if you jeopardize that, you’re not being a team player,” he says.

Ranglek is confident in Tei-An’s ability to outlast the virus. The only thing that concerns him is the possibility of another round of government-mandated dining room closures due to a second wave, but he doesn’t dwell on those “what ifs” or bring the negative energy they unleash into the restaurant.

“Whatever happens, we’ll be ready,” he says. “The key is to stay alive.” 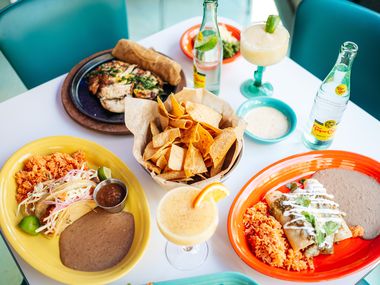 Tue Aug 25 , 2020
By Michael Nienaber and Rene Wagner BERLIN (Reuters) – German business morale improved more than expected in August as both manufacturing and services picked up steam, a survey showed on Tuesday, boosting hopes that Europe’s largest economy is set for a strong recovery following the massive coronavirus shock. The Ifo […]